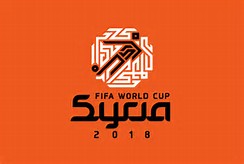 This week Syria’s unlikely World Cup dream ended in Sydney. They finished sixth in the Asian qualifiers, which produced four finalists and one play off contender from 46 teams. South America also has four finalists and one team in the play-offs, from ten teams. Disproportionate representation in the finals from South America and Europe (13 qualifiers, from 52 teams) is attributed to historical success but the argument is increasingly untenable given that representation from the other continents has always been minimal.

Every nation would be guaranteed ten competitive games against their neighbours, followed by a second round with proportional representation from each continent. It might still produce an uneven balance in favour of Europe or South America but at least every country would have an equal opportunity to progress.