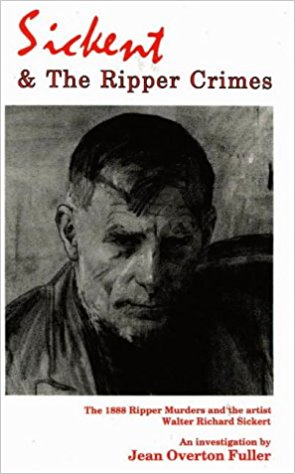 Patricia Cornwell was not the first person to accuse Walter Sickert of being Jack the Ripper. In his tale of a royal conspiracy derived from Sickert’s alleged illegitimate son, Stephen Knight suggested that the artist was the third man in a carriage of killers. In 1988 Jean Overton-Fuller speculated Sickert’s guilt, based on a tale her mother was told by the artist Florence Pash who knew Sickert and, supposedly, the elusive Mary Jane Kane who became the Ripper’s most famous victim.

All three accusations flounder under a lack of reliable evidence, revealing how the writing of non-fiction has deteriorated, and become more personal, in the last forty years. Knight told a story, and stayed in the background. Despite the absurdity of his claims you want to believe him, and many did in 1976. Overton-Fuller talks about herself only where she feels it is relevant to her narrative. Her research is good, her theory entirely speculative. Cornwell writes about her search for Jack the Ripper. She makes the best case, but it is very much her case and the least readable of the three.

So we have a work of fiction disguised as fact, research based on a supposition, and a novelist attempting non-fiction. They tell us very little of merit about Walter Sickert, nothing about Jack the Ripper, and everything about changes in the way that history is written.